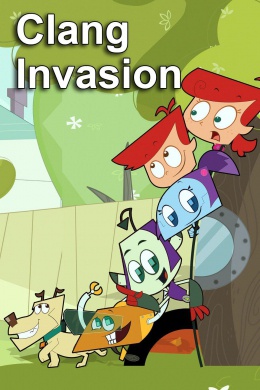 Three alien robots, Rivet, Widget and Socket, accidentally crashed their spaceship on a backyard tree in Earth. Human twins Robin and Daisy Harrison, and their pet dog Sam went to investigate the crash, where they encounter the robots. Not capable of returning to Planet Clang, the robots becomes friends with Robin and Daisy, made Sam speak by installing a voice box, and utilize a spectrum of gadgetry for their goals. The twins also has to keep the robots a secret.