Arthur of the Britons 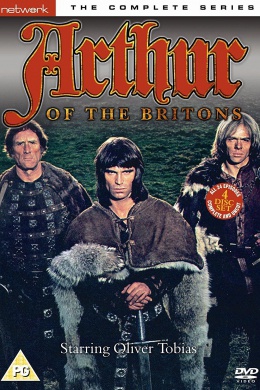 This series strips away the elaborate medieval view of Camelot, and presents Arthur as the chief of a small Celt tribe in Dark-Ages Britain, a century or two after the withdrawal of Rome. Arthur struggles to weave the scattered tribes of Celts, Jutes, etc. into a union that can effectively oppose the Saxon invaders who are arriving in Britain in growing numbers. He is aided by his adoptive father, Llud, and his foster brother, Kai, who is himself a Saxon foundling.